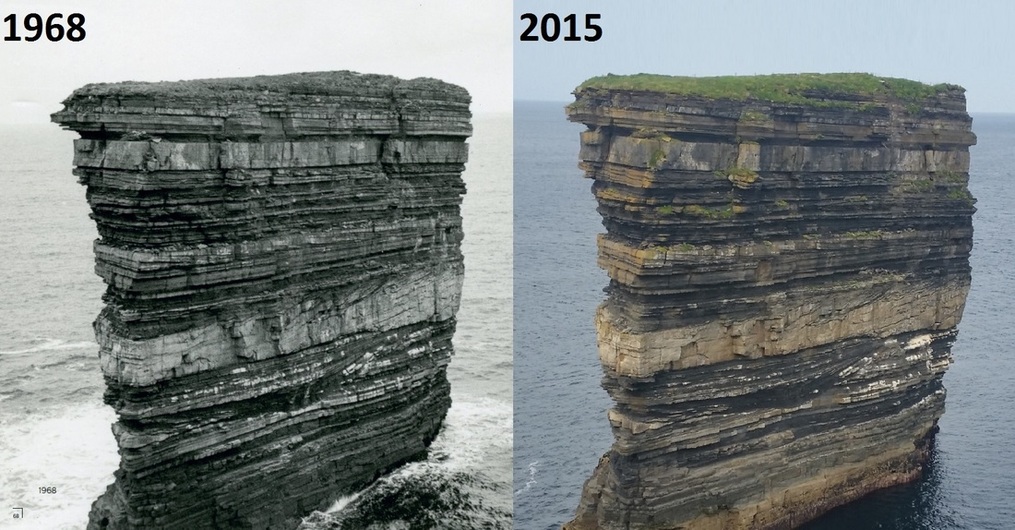 Some erosion is evident on the eastern side of the stack after 47 years as seen by comparing the images above. The most noticeable and largest section of rock to break away was at the top right of these photos.

Considering the 47 year time-scale, more photographs have been reviewed to try to ascertain when the large piece broke away. The search ended when incredibly, I received the following images, taken by Olivier Lerebough, who happened to capture the splash of the event!
​
​ 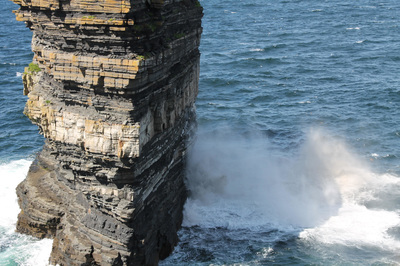 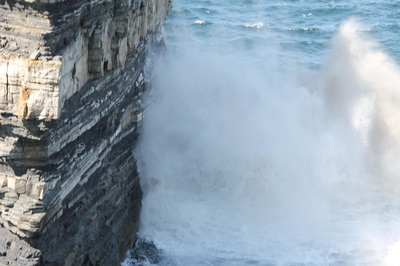 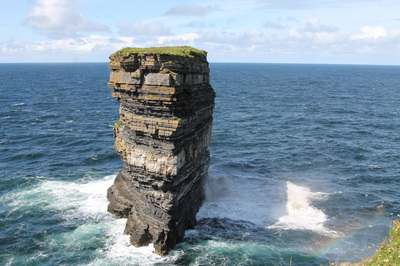 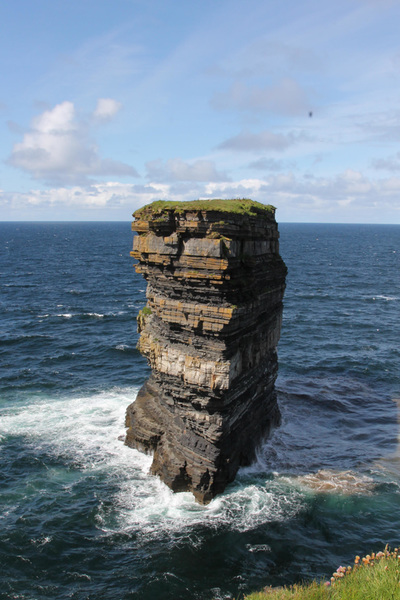 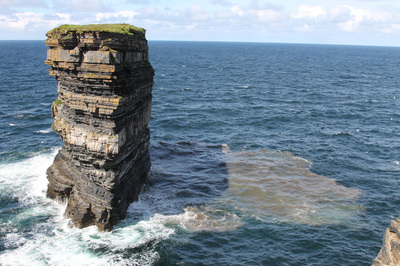 The 1968 image was taken by Marie McCormick and appears in the book 'The Road to Downpatrick' published by Donal McCormick. The images captured by Olivier Lerebough were taken at Easter weekend 2015.
Copyright © 2021 Dunbriste.com. All rights reserved.